In the 1841 UK general election, Sir Robert Peel’s Conservatives took control of the House of Commons. The Whigs lost votes to the Irish Repeal group. The Chartists picked up only a few votes despite their popular support, because voting was still restricted to a small percentage of the population. Only 3.17% of the total population voted. William Henry Baldock, Gentleman of Petham, was amongst the celebrators and celebrities who revelled in the victory: 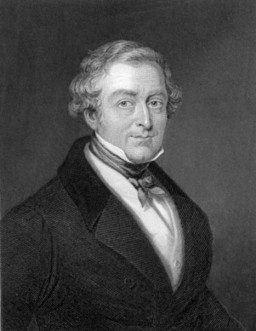 ‘On a Saturday evening in early January, 1841, nearly two thirds of the constituency had been canvassed by the Conservative party, and with unprecedented success. The Hon. Mr Smythe was received in all quarters with the greatest respect; and in the Conservative districts with actual enthusiasm. His election may be safely placed beyond a doubt; and I am firmly of the opinion that his majority over his antagonist will be nearly 100. Of course, not being acquainted with “the secrets of the prison house,” I cannot say precisely the number of votes which will be recorded for the hon. Gentleman, but from what I am able to collect from the electors who take part in the business, his return will be most triumphant.

One of the most glorious “gatherings” ever witnessed in this city took place on Friday evening in the Guildhall Concert-room. Long before the hour of meeting the room was densely thronged, and great pains were taken to preserve the seats of the electors. It was computed that at least 300 voters were present. Many of them had formerly belonged to the Blue or Whig party, but, disgusted with the treachery of their quondam friends, are anxious to see them visited with just retribution. Mr Partridge, the excellent President of the Conservative Club, was in the chair, and was supported on his right by the Hon. Mr Smythe, and on his left by Mr. William Henry Baldock, an elector and country magistrate, justly popular in the city and neighbourhood for his benevolent acts and gentlemanly demeanour. Mr Smythe addresses the meeting nearly an hour, and was listened to with the deepest attention and with the most marked satisfaction. The hon. gentleman avowed his principles by contrasting them seriatim with the published opinions of Mr Wilson, his antagonist. The enthusiasm of the meeting in his favour rose to the highest possible pitch; and there was not a friend or foe among his auditory but felt the strongest conviction that he would gain a hold upon the hearts of the constituency which no opposition would ever wrest asunder.

We are all in the highest spirits. Seldom have Conservative principles appeared so predominant, and never, since my acquaintance with city politics, has the tide of unpopularity run so strongly again Whiggism.’

Endnote: In the same year, The Union Bank of Canterbury collapses, and Baldock as a principal partner is made bankrupt. He retires from public life and dies a few years later.

Mr Baldock and the Grand Conservative Gathering of 1838